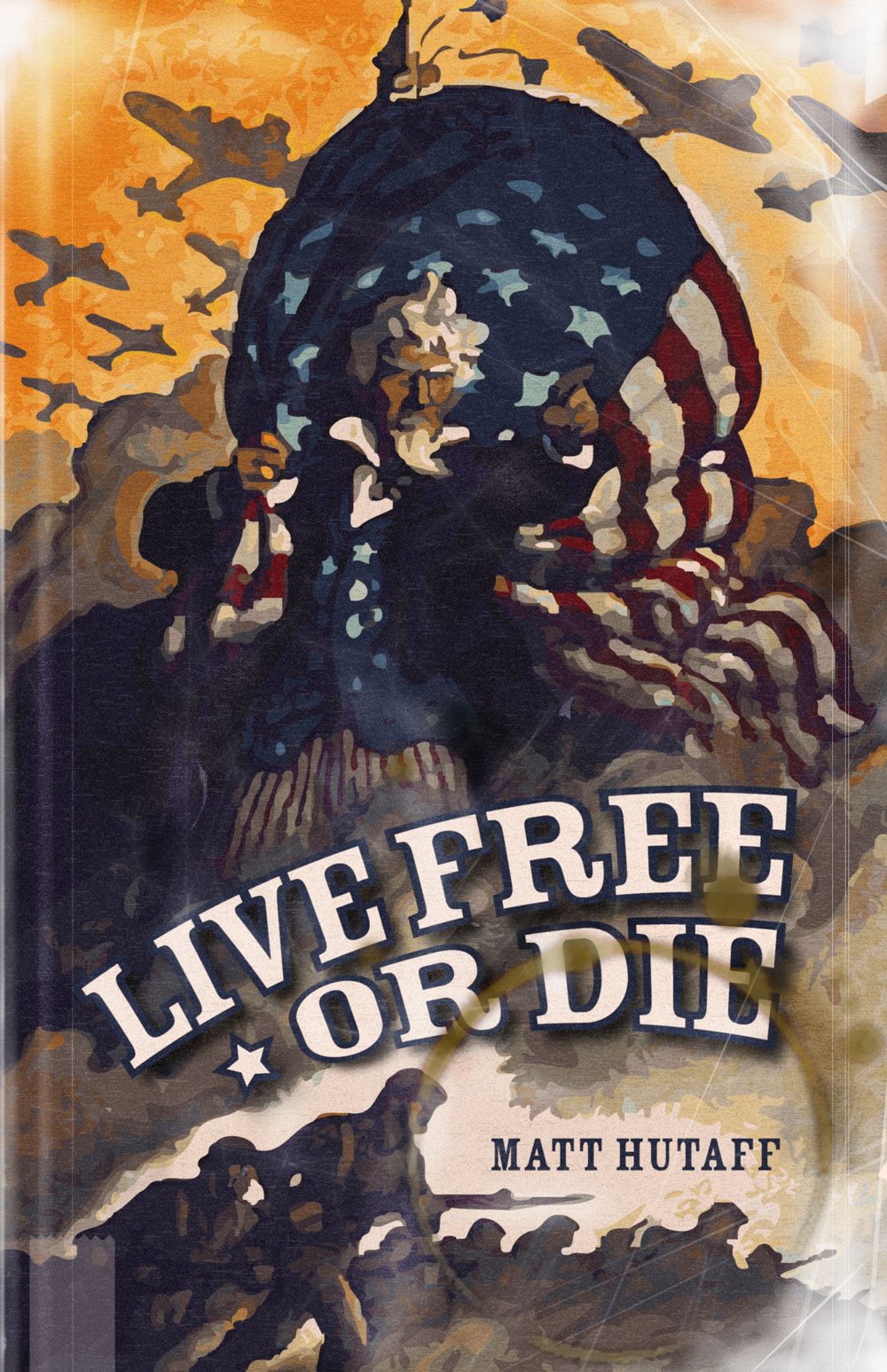 Four years of columns are now in one book.

“Live Free or Die” is 90 of my favorite editorials written for The Simon between 2003 and 2006. They’ve all received a spit polish in one form or another; some received major overhauls, while others had their niggling typos, styles and spelling errors cleaned up. For example, I felt it important President Bush only drink Jacks Daniels instead of a cornucopia of hard liquor. (If anything, he’s a consistent and loyal drunk.)

The print edition features a foreword by Tim Grierson, US film critic and contributing writer to Rolling Stone, MEL Magazine, and many other publications. The articles are all on this website, so feel free to dig around at your discretion.