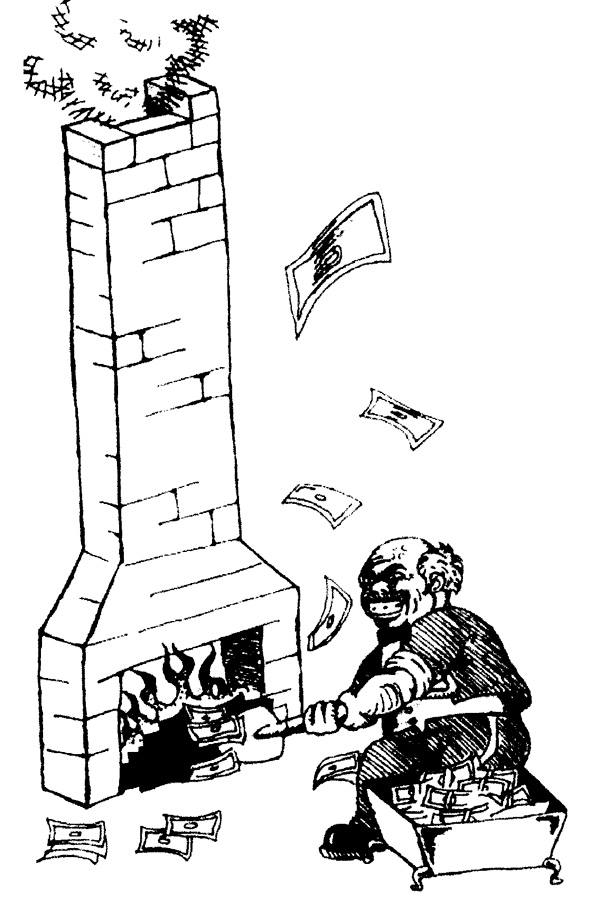 I sat inside the commons area of campus, looking out the wall-sized window. Outside, vacuous sorority girls sat on the steps and chatted how they’d finally given it up for their boyfriends and how disappointing it was. Other Greek members clogged the rest of the walkway, making it virtually impossible to walk, breathe, or object to being called “disappointing.”I marveled that until then, I had never actually eaten a full meal in Commons. However, it makes sense, as Commons doesn’t really serve food. They sell snacks like pork rinds and Funyuns which, while appealing to the slovenly student who cares little whether or not he gets more than 100 percent of his Required Daily Allowance for grease, will interest a truly hungry student about as much as a huge rainbow flag hanging from Bovard Auditorium will inspire a homophobe.

I met some friends and we began our faux meals. Jeff was eating an ice cream sandwich, some Funyuns and a “Piece o’ Cake.” Our other friend, Tracy, joined us a few minutes later. Commons had sold out of Funyuns and Tracy had resorted to eating some cold Beanie Weenies with a fork.

Jeff expressed concern over his financial situation. He had switched majors freshman year and would not be able to finish up his remaining units in time for a spring graduation. Most seniors would leap at a chance to drag immaturity and binge drinking out for another seven months, but Jeff wanted to move on.

Jeff is a Trustee Scholar, which basically means he gets a free ride. Jeff explained that after spring semester his scholarship was up. He’d be unable to afford to graduate.

“Wait a minute,” I said. “The university gave you a scholarship that allows you to go here, virtually for free, and then, they yank it out from you mere units away from getting your degree?”

“You get good grades, right?” I asked further.

“You have to keep excellent grades to maintain the scholarship, so, yeah, I think I was doing all right.”

“Maybe they couldn’t afford to give you extra money since they’re fixing the fireplaces in Student Union,” Tracy volunteered jokingly.

Jeff and I began to continue the conversation, but Tracy’s statement stopped us. The Student Union had fireplaces? Granted, the building was built back when arches and carved monkeys were expected of architects, but fireplaces?

“Huh?” Jeff and I asked in unison.

“You mean you haven’t seen the construction going on all around the Student Union?” Tracy asked.

I replied that I was usually forced to detour into Commons from all of the sorority girls on the steps and Asian students sitting in front of the pharmacy.

“Yeah, they’re paying something like $700,000 to retrofit the chimneys in Student Union,” Tracy said, pulling a copy of last week’s Daily Trojan.

Together, we read how the U.S. government, in its infinite wisdom, had decided to shoulder 90 percent of the costs of fixing the chimneys through FEMA grants. The 1994 Northridge earthquake had damaged some chimneys that had not been used in decades, and the government decided that now of all times was when they should be fixed. Weren’t we trying to curb a budget deficit?

“What the hell is this?” I asked. “I find it ridiculous that it’s even called the Student Union. No students hang out there unless they’re waiting for their penicillin prescription. Look – they even have the foreman on record saying that they’ll rarely be used! Geez, they’re fireplaces! C’mon!” Four years of higher education and that was as eloquent as I could get.

“I think the most ridiculous aspect of this is that the story explicitly states that the university has to pony up at least $63,000 to repair the building,” I continued. “Did this come from Steven Sample’s personal ‘nice-guy’ fund? Did it come before student vote or consideration? There’s a couple buildings on campus that I’d like to see fall down. Like that one where all those role-players congregate by at night and hit each other with PVC pipe and roll 128-sided dice.”

“At least it says the people working there aren’t being upset by the noise,” Tracy said.

Jeff was understandably upset. It looked pretty reasonable that he’d be serving Whoppers because someone wanted to throw a Duraflame log on the fire.

“Student Union isn’t the issue,” Jeff said. “The issue is that the university is wasting money. Again. No one cares if they fix a couple of chimneys. They’re never going to be used. It’s a complete waste of money. Parents and students work their asses off to be able to attend this school, and Student Union gets a facelift that nobody gives a flying fig about. Meanwhile, a scholarship given to me that was guaranteed to me for five years has been revoked after year four. This school’s finances are ridiculous.”

“At least Santa Claus can give Office of Residential and Greek Life some gifts this Christmas,” I offered.

I gave some assurances to Jeff that he’d be all right. Tracy, meanwhile, was looking over my shoulder at the wall. Jeff and I turned to look at the wall. It was a wall.

“When did they take that door out and put a wall in?” Tracy asked.

Jeff and I looked at each other.

“Trace, it was three years ago,” I said.

“Hey, did I tell you what the Marching Band did the other day?” I said, changing the subject.