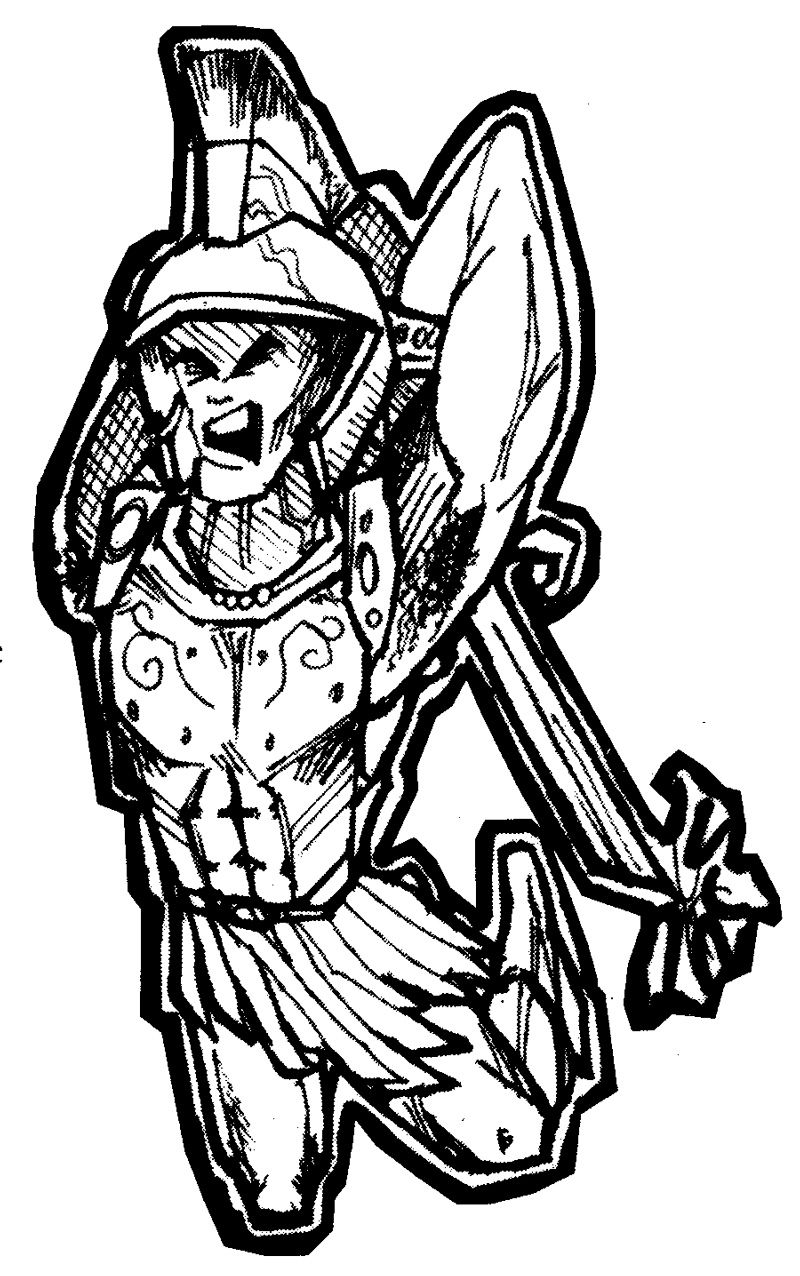 “Next!” the clerk said. A bronze figure walked up to the counter. It was Tommy Trojan. The clerk was stunned. “You were just here a little while ago!”

“I have one more tradition I’d like to return, sir,” Tommy said, dejected and forlorn.

“You got a receipt for that tradition?”

“Yes, sir.” Tommy pulled a piece of paper from his sword.

The clerk grabbed the paper from Tommy and looked at the writing on it. The paper was aged, the text almost faded. The clerk had to squint to read what it said. “One burning of bear?” he asked, stunned. “I don’t know if I can take that one back. It’s a really old tradition. I’ll ask my supervisor. Hold on.” He disappeared into the back room, and emerged a few moments later. “Okay, we’ll take it. May I ask why you’re returning the tradition? I have to keep records, you know.”

Tommy looked sheepishly at the man. “It’s broken,” he said.

“Broken!” The clerk was surprised. “Traditions aren’t supposed to break!”

“Tell me about it,” Tommy said. “We used to have so many traditions, and now it seems like I’m the only one. I suppose it’s all in the name of political correctness.”

“Don’t you people understand that no matter what you do, it’s going to offend someone?”

“I guess not,” Tommy said. “Last time I was here, when I returned the hanging of the bear, I never thought I’d be bringing this tradition to an end.”

“Not many people are interested in tradition nowadays,” the clerk sighed. “Just last week, we had a baseball team come in and change its mascot because it was thought to be inflammatory to Native Americans.”

Tommy shook his head. “Tell me about it. I won’t be surprised if they say we can’t kick the flagpoles anymore on the way to football games because it demeans those who aren’t able to kick the pole. And what about me?” Tommy motioned his arms up and down. “I’m impossibly flexed in every muscle. I’m a warrior and I’m a male. Sooner or later that’s bound to catch up with me. I’ll probably be melted down into a lump of copper. `Lumpy,’ they’ll call me, the mascot of bland, unassuming and uninteresting icons that stir no emotion whatsoever in anyone. Then I’d be the perfect mascot.”

“Tell me something,” the clerk said. “You’ve got the beat of the student body pulsing all around you. Why do you think traditions keep coming to an end?”

“I have no idea,” Tommy said. “I swore up and down that people were behind the Burning of the Bruin! It’s a big, plush bear. Who should care if we set it on fire? It rallied the student body behind the Trojans to beat…”

“…attempt to beat,” the clerk interjected.

“Tried to beat the Bruins! It’s about school pride! It’s love for the things that brought the university to where it is today. It is traditions that define a school, its student body and its heritage. Strip the school of its traditions and you have a school that isn’t worth rallying behind.” Tommy sat down with a huff.

“But what about the people whom the burning of the bear offended?” the clerk asked.

Tommy was angry by now. “Don’t go to the rally then! But don’t think it has anything to do with lynching, or destruction of a race. That’s ridiculous. It was all meant in good fun.”

The clerk sighed. “Those are the words of a bygone era, my friend.”

“Well,” the clerk said, “here’s your refund. It’s not a whole lot because of the depreciation of the bear burning.” He handed Tommy Trojan a small amount of change.

“Thanks for listening,” Tommy said as he walked away. He rolled the change around in his hands and selected a quarter. He flipped it over and read the words: IN GOD WE TRUST. “I wonder how long it is before we have to get rid of that, too,” Tommy said as he threw the change on the ground.